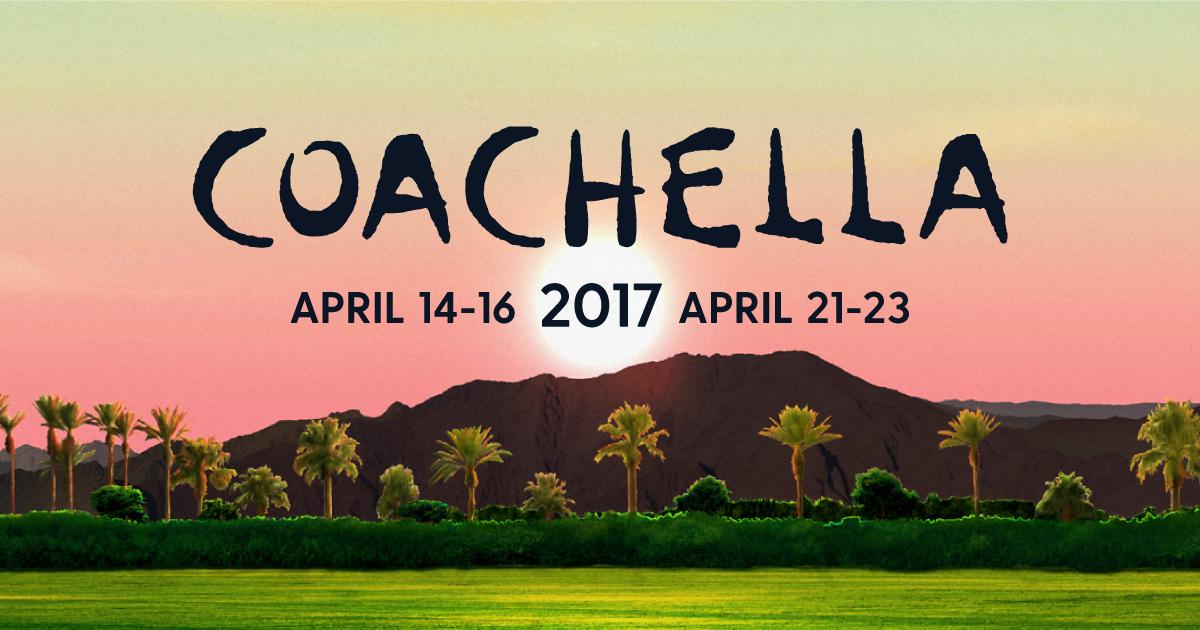 Perhaps more than any other feature of the Coachella Valley Music and Arts Festival, the stage and space designed by the Los Angeles-based Do Lab gives fans the impression of a mirage wavering in the dusty desert heat.

Tilted, rickety-looking towers made of wooden pallets defined the Do Lab’s creation one year. Another time, rainbow-striped fabric spiraled up trumpet-shaped frames that doubled as sculptures and sun shades.

On Friday, April 14, Coachella-goers were greeted with a new design: an origami-like dome with eight triangular openings, rising to a sort of smokestack in the center and stretched with blue, orange and yellow fabric.

Founded by twins Josh and Jesse Flemming and their younger brother Dede, the Do Lab is back for a 13th year at the ever-expanding music festival at Indio’s Empire Polo Club.

And the aesthetic they absorbed on visits to Burning Man has added a touch of fantastic chaos to the well-oiled machine Coachella has become.

The festival gates opened Friday to 125,000 people for the first of two weekends of large-scale art installations, culinary offerings such as Peruvian burritos and artisanal marshmallow s’mores, and wide-ranging musical performances including Friday-night headliner Radiohead, with Lady Gaga and Kendrick Lamar to follow on Saturday and Sunday, respectively.

Even with the weather at a manageable high-80s level for opening day, the Do Lab was crowded with people seeking the annual ritual of dancing ’til they broke a sweat, then basking in the spray of water guns fired from the stage.

The idea for the Do Lab was born around 2004, when the Flemming brothers – Pennsylvania transplants looking for creative careers in Los Angeles – realized their TV production jobs weren’t stimulating, Dede Flemming said.

Jesse played in a band, Josh worked on lighting and then set designs for his shows, and Dede helped.

Meanwhile, they were going to festivals and drawing inspiration from the creative anarchy of Burning Man, which creates an ephemeral city of art in the Nevada desert.

The Do Lab’s first year building at Coachella was 2005, when the brothers made what they considered an art project, a 60-foot geodesic dome with sculptures and water misters that was a place to cool off.

But since they bring music wherever they go, Jesse Flemming said, “It kind of turned into this little party inside the middle of the festival.”

Coachella invited them back, and they began experimenting with different types of building materials and bigger structures. Meanwhile, the Do Lab became known as a stage for not just music but performance art, with the audience as part of the act.

People wear glitter, sequins and fur, and everybody dances with abandon, said fan Heidi Hernandez, 32, who comes from Las Vegas to attend the festival.

“Everywhere you turn something new and cool is happening,” she said. “You literally just turn into like a wild animal there, but you don’t feel weird about doing it.”

That’s what the Do Lab is aiming for: an immersive experience, Jesse said.

“We always enjoyed it when the show was kind of surrounding you and performers were popping up all over the place and things got really weird, and it kind of gave people the freedom to express themselves.”

The Do Lab’s evolution from a simple shady space wth a DJ to a work of art you can dance in somewhat describes what has happened to festival culture at large. And many of the artists who have started at the Do Lab have graduated to spots on Coachella’s other stages. Others come back to do hotly anticipated “surprise” sets at the Do Lab.

Coachella now features major art installations and an array of food offerings in addition to a varied menu of music, and other events compete to give fans something memorable and unique.

“Festivals have recognized that it is the (overall) experience,” said Tucker Gumber, of Los Angeles, an avid fan who created a festival smartphone app FestEvo and by this summer will have clocked 10,0000 hours at festivals.

“Every minute of every day needs to be fun, not just the headliners,” he said. “It needs to be an adventure.”